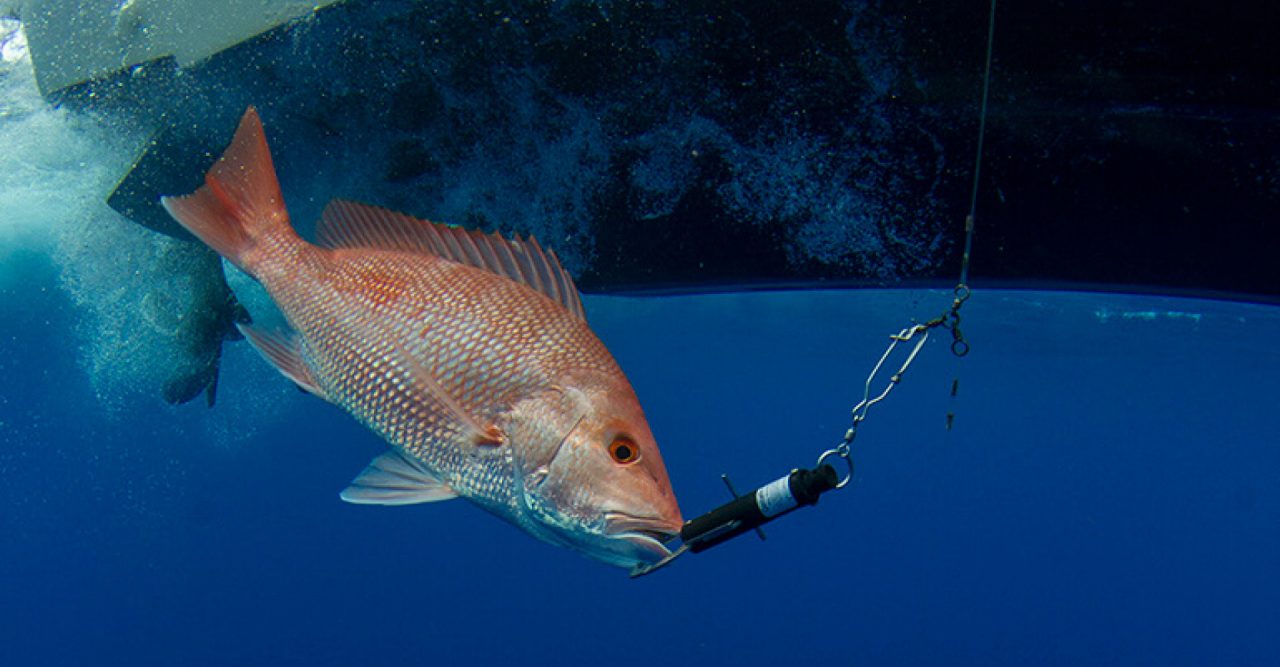 On the heels of Keep ’Em Wet, comes Return ’Em Right. These aren’t just do-gooder hash tags, but practices that will both help restore fish stocks, and soon, help keep you from running afoul of the law. “Return ’Em Right is an upcoming program that will be the leading voice for tackling barotrauma in the Gulf of Mexico,” says program Communications Manager Nick Haddad.

Haddad says that the program’s goals are to reduce mortality in reef fish resulting from barotrauma and release, improve anglers’ experiences with release gear and to increase the overall health of reef fisheries.

Haddad’s employer, Florida Sea Grant, is working with partners at the National Oceanic and Atmospheric Administration Restoration Center (NOAA RC) and Gulf States Marine Fisheries Commission (GSMFC) to provide anglers the knowledge and tools to successfully release fish suffering from barotrauma in the Gulf of Mexico.

This program is independent of the DESCEND Act of 2020, which makes it unlawful to fish, commercially or recreationally, for reef fish in the Gulf of Mexico without a device to safely return discarded fish to the water at a depth sufficient for the fish to recover from barotrauma. It appears NOAA is expected to begin enforcement of the DESCEND Act on or before January 2022. (Separately, NOAA implemented a descender requirement for reef fishing in Atlantic federal waters in July 2020.)

It is our responsibility to do our best to ensure the fish we have to release live to fight another day.

Reef fish, like snapper and grouper, caught from depths of 50 feet or more are vulnerable to barotrauma, a phenomenon which causes the swim bladder and eye sockets to expand after a rapid rise to the surface. When this happens, the fish’s stomach can protrude from its mouth and act as a balloon, making the fish float. The result is a high mortality rate for fish that are released.

Unless that pressure is relieved, the fish cannot return to the reef. Anglers can remedy this by using a descending device—a weighted hook, lip clamp, or box that will hold the fish while it is lowered to a sufficient depth to recover from the effects of barotrauma. This device can be anything as simple as a weighted milk crate on a rope to something more sophisticated, like the SeaQualizer, which has pressure-release clips that allow fish to swim away upon reaching the desired depth.

The Return ’Em Right project was selected and funded by the Deepwater Horizon Open Ocean Trustee Implementation Group to benefit Gulf of Mexico reef fish fisheries impacted by the 2010 oil spill. The seven-year, $30 million effort should go a long way in preserving a future for bottom fishing anglers, and snappers and groupers, for years to come.

Again, Return ’Em Right is independent from the DESCEND Act and is not a result of legislative changes, but the free gear provided through it will keep you fishing legally once the enforcement of the new law begins. Plus, adopting best handling and release practices, like the Keep ’Em Wet campaign, provides a benefit to the immediate fishery, the future of the fishery and the ecosystem as a whole.