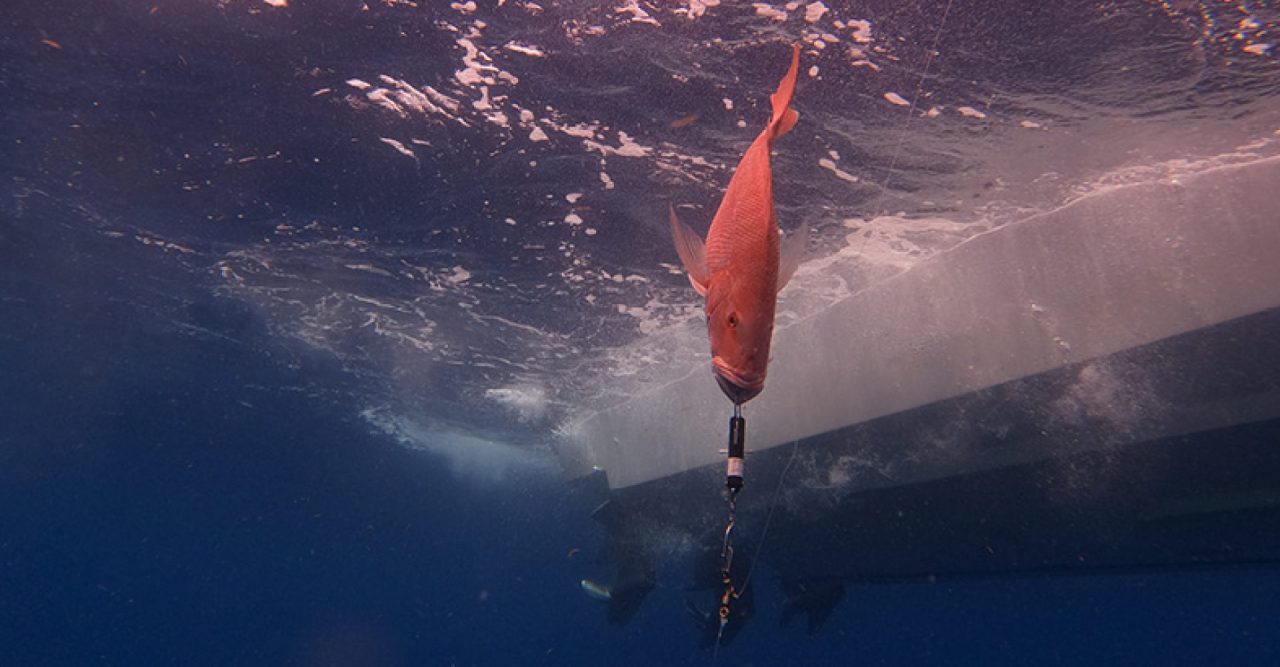 Gainesville, Fla. (September 14, 2021) – Have you ever caught and released a fish only to see it float  away on the surface? Each year millions of reef fish are discarded — and many die — due to  barotrauma, damage caused by the rapid expansion of gases in fish brought to the surface.

Return ‘Em Right, a new program launching today, will tackle release mortality due to barotrauma in  Gulf of Mexico (GOM) reef fish. This program will offer GOM anglers an opportunity to sharpen their  release skills when targeting reef species. In return, eligible anglers will receive free release gear to use  on the water and collectively contribute to the health of Gulf reef fish. The program anticipates  distributing release gear to tens of thousands of Gulf reef anglers.

The program’s goals are to reduce catch and release mortality, improve anglers’ experiences with  release gear and support the overall health of the reef fish fishery.

The Return ’Em Right program is based on research that shows when anglers have the knowledge and  tools to best release reef fish, more fish survive to be caught later. This program will benefit today’s  anglers, the next generation of anglers and the overall health of the reef ecosystem.

“The Return ’Em Right program is based on research that shows when anglers have the knowledge and  tools to best release reef fish, more fish survive to be caught later. This program will benefit today’s  anglers, the next generation of anglers and the overall health of the reef ecosystem,” said Angela Collins,  Extension agent for Florida Sea Grant.

Gulf reef fish are often caught in deep water and may experience barotrauma from being reeled to the  surface. Barotrauma is a pressure-related injury that occurs when gases expand in fish’s tissues and  organs, causing internal damage and often preventing them from swimming back to depth. Effects from  barotrauma can lead to a high percentage of reef fish dying after release unless proper release  techniques are used by anglers. Anglers practicing best handling and release techniques can improve the  survival of discarded fish.

Return ‘Em Right will promote all best release practices, with an emphasis on the proper use of  descending devices, which research shows can improve survival of reef fish species. Descending devices  are weighted devices that help fish overcome buoyancy and symptoms of barotrauma by releasing them  at depth. These devices come in a variety of forms including weighted inverted hooks, lip clamp devices,  and box/crate styles that can be made at home. Captain Troy Frady, owner and operator of Distraction  Charters in Orange Beach, Alabama, has used descending devices for 13 years.

“Fish descending devices offer anglers a wonderful tool that helps ensure released fish that are suffering  from barotrauma have a chance to survive,” Frady said.

Federally permitted headboat and charter boat captains and crews are now eligible to take the Return ’Em Right 15-minute training and receive free release gear in return. Partners will reach out directly to the federal for-hire sector with an invitation to take the module in the coming weeks. State for-hire and private recreational anglers will have the opportunity to receive gear when the program expands in the  spring of 2022, but by pre-registering on the website, those anglers can be some of the first to receive  gear in the spring.

Return ’Em Right was selected as a restoration project by the Deepwater Horizon Open Ocean Trustee Implementation Group as part of a 2019 Restoration Plan. About $30 million was dedicated to Return ’Em Right, which is anticipated to span from 2020 to 2027.