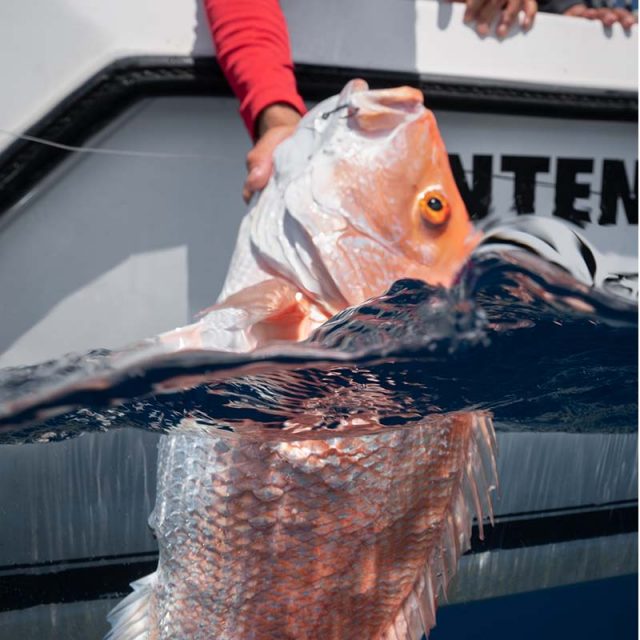 Barotrauma is a pressure (baro) related injury (trauma) that fish experience when reeled up from depth. Barotrauma typically occurs in depths of 50 feet or greater, but can occur in shallower depths depending on the species caught. As fish are reeled up from deep water, gases in the body cavity and internal organs expands, often displacing the organs and leaving the fish severely bloated.

The major organ responsible for this expansion of gas is the swim bladder, which fish use to regulate their position in the water column. If you throw bloated fish back in the water, they will likely float on the surface unable to swim back to depth. This alone could lead to death or leave them more susceptible to predation.

Discard mortality, or death after release, kills millions of reef fish each year. Adopting best release practices can significantly improve the survival of released reef fish and reduce waste in the fishery. 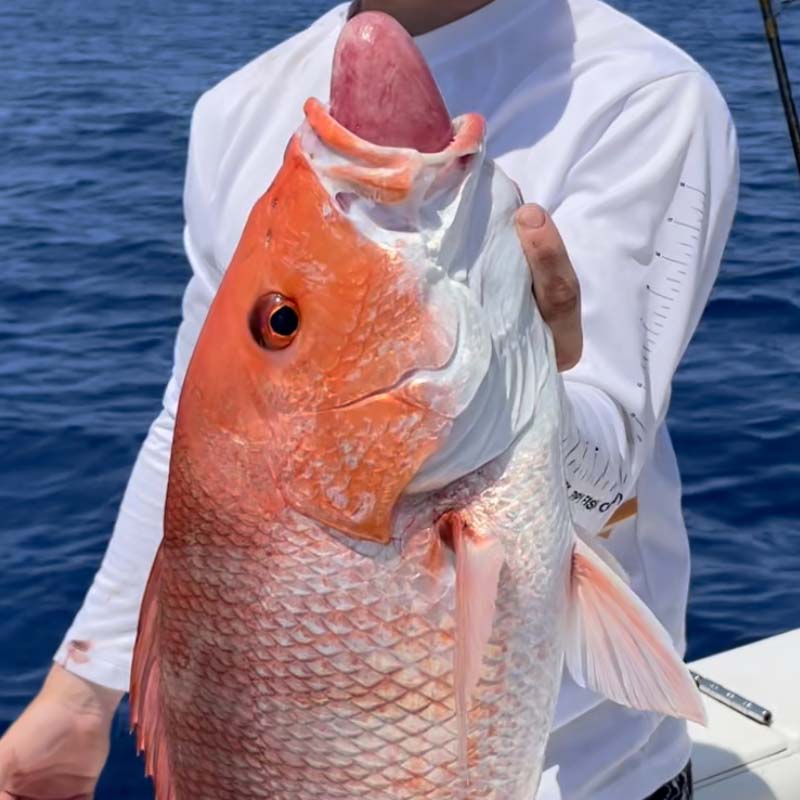 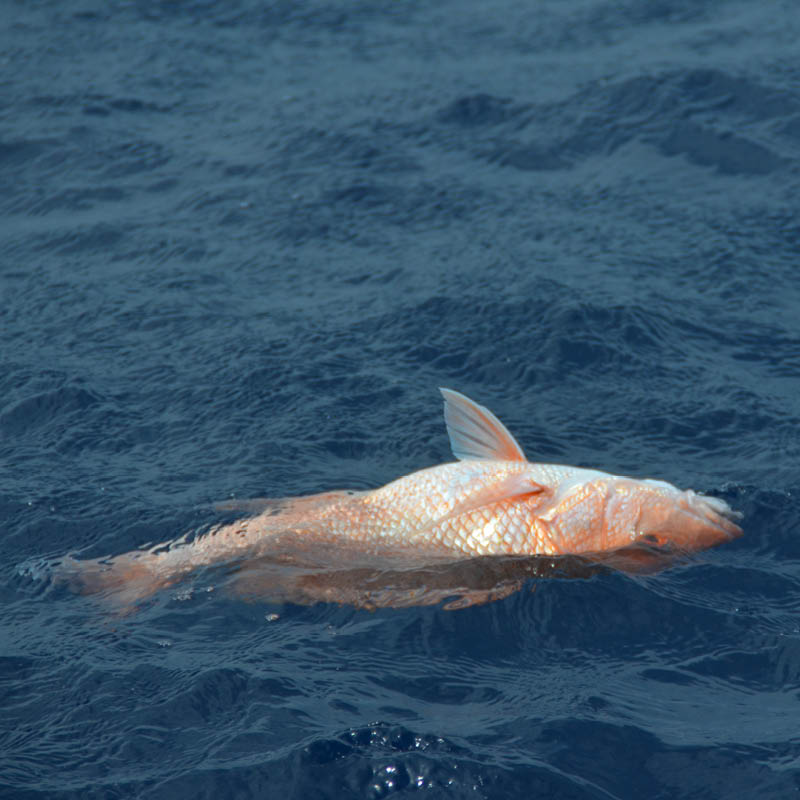 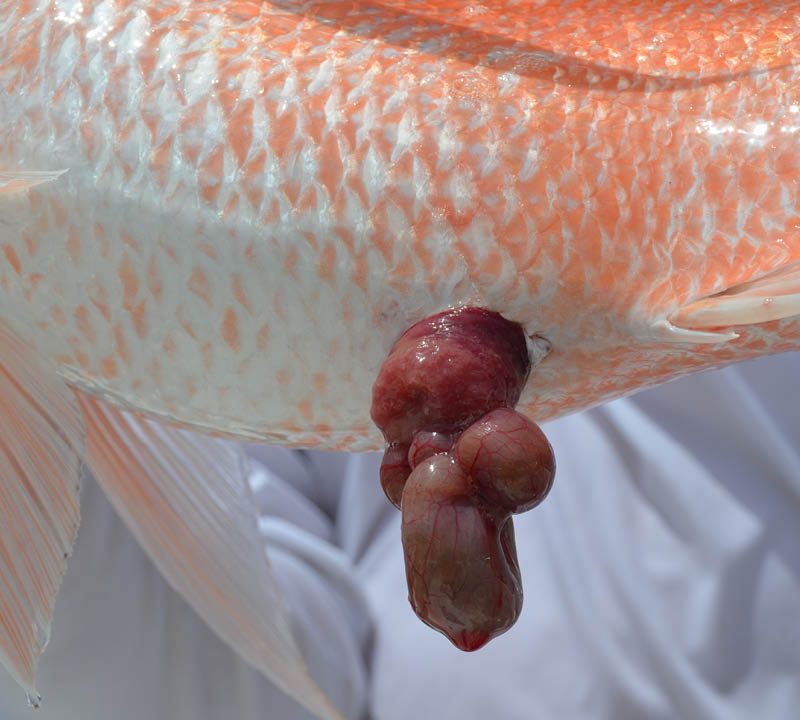 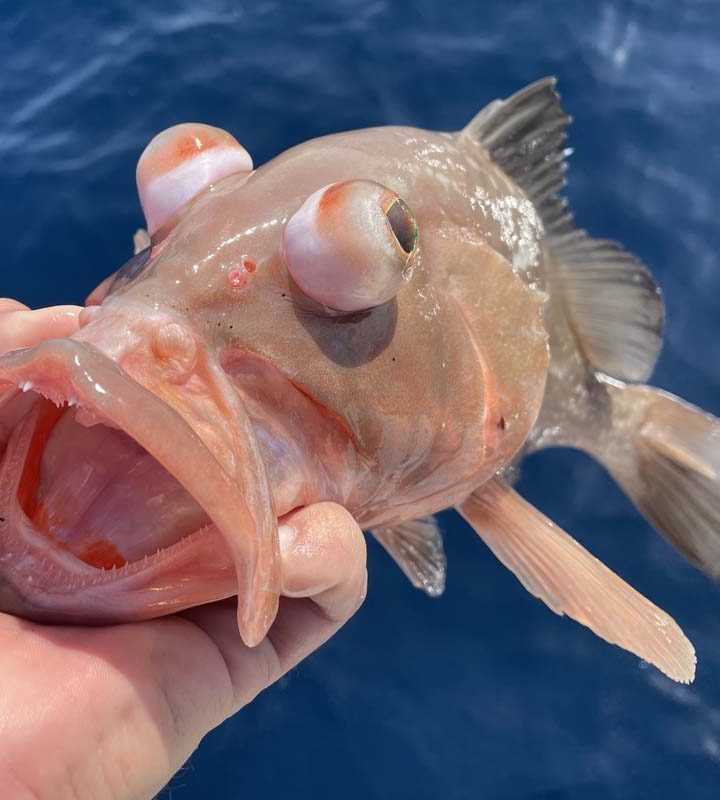 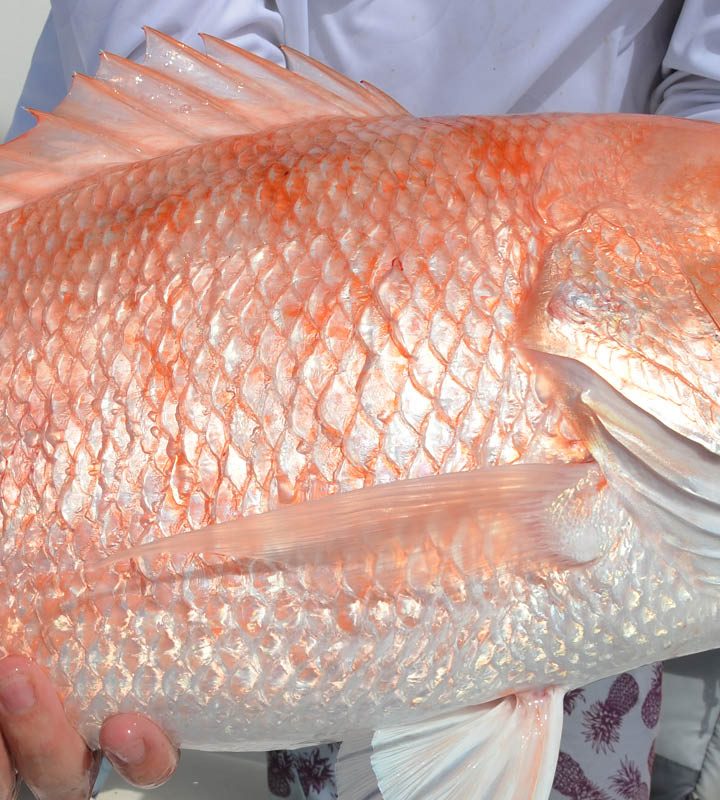 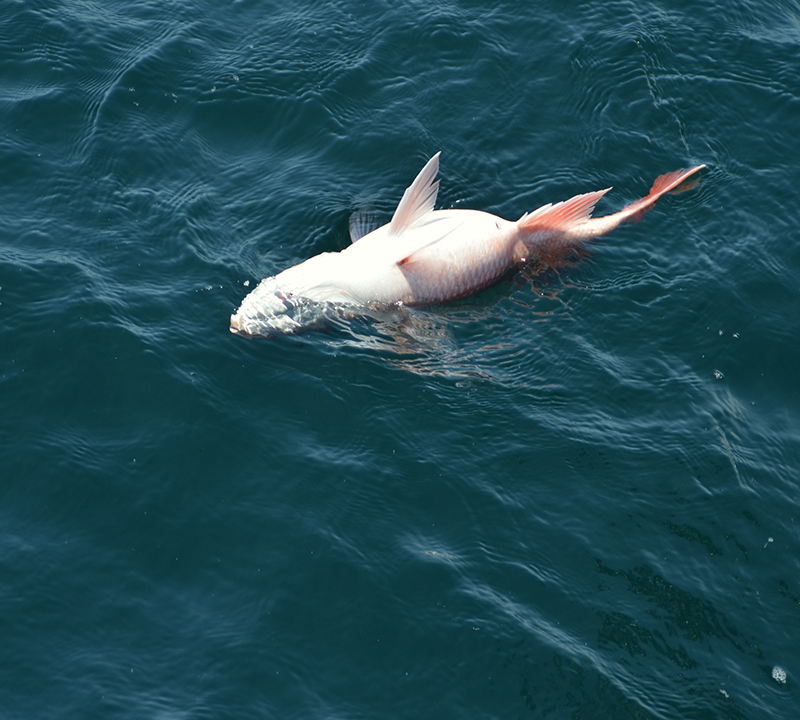 Under the right conditions, descending devices are the preferred method for releasing fish showing signs of barotrauma, with documented success for long-term survival. Descending devices are weighted instruments that help fish overcome buoyancy by releasing them at depth, where they have the greatest chance to survive. 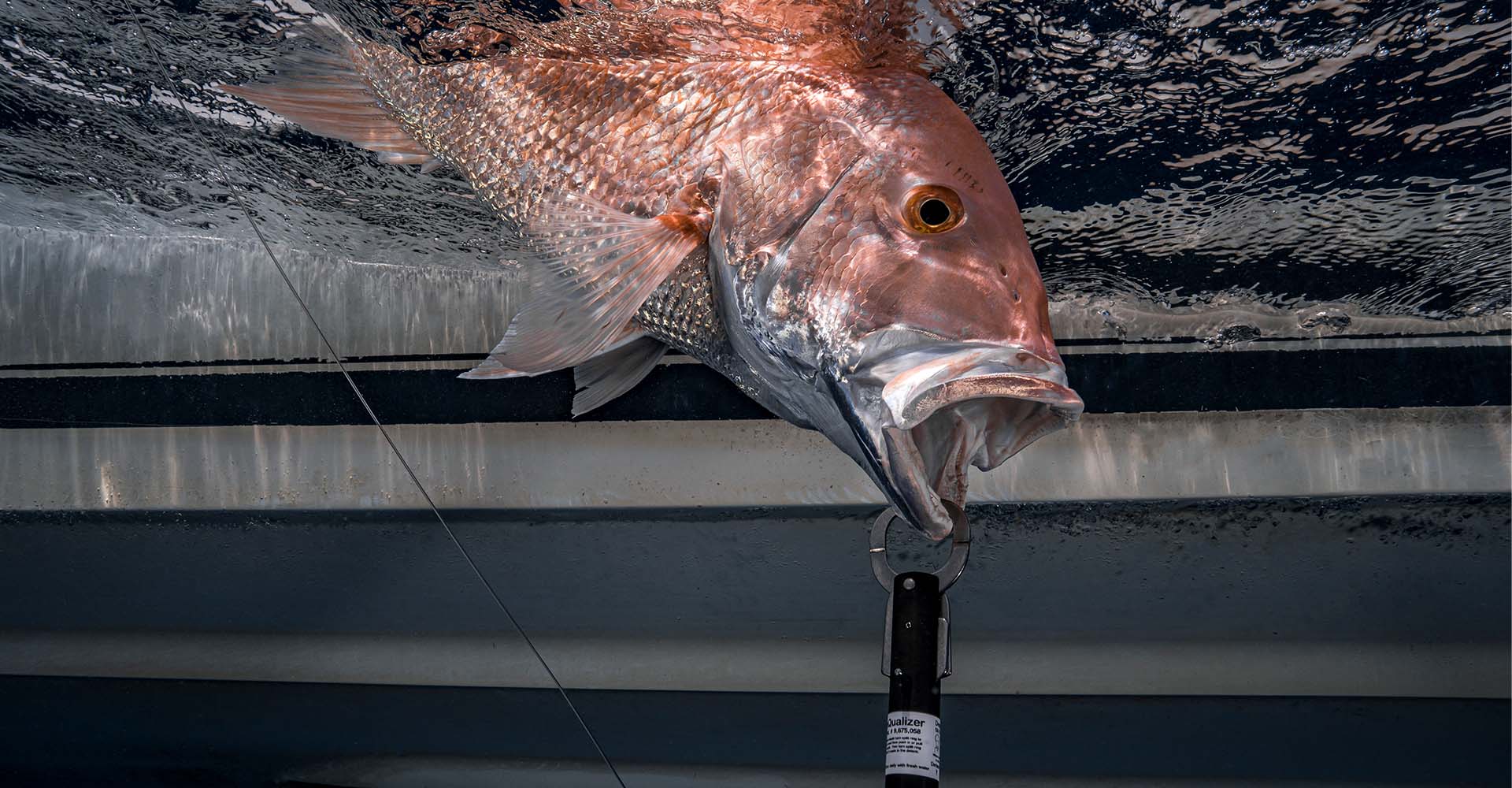 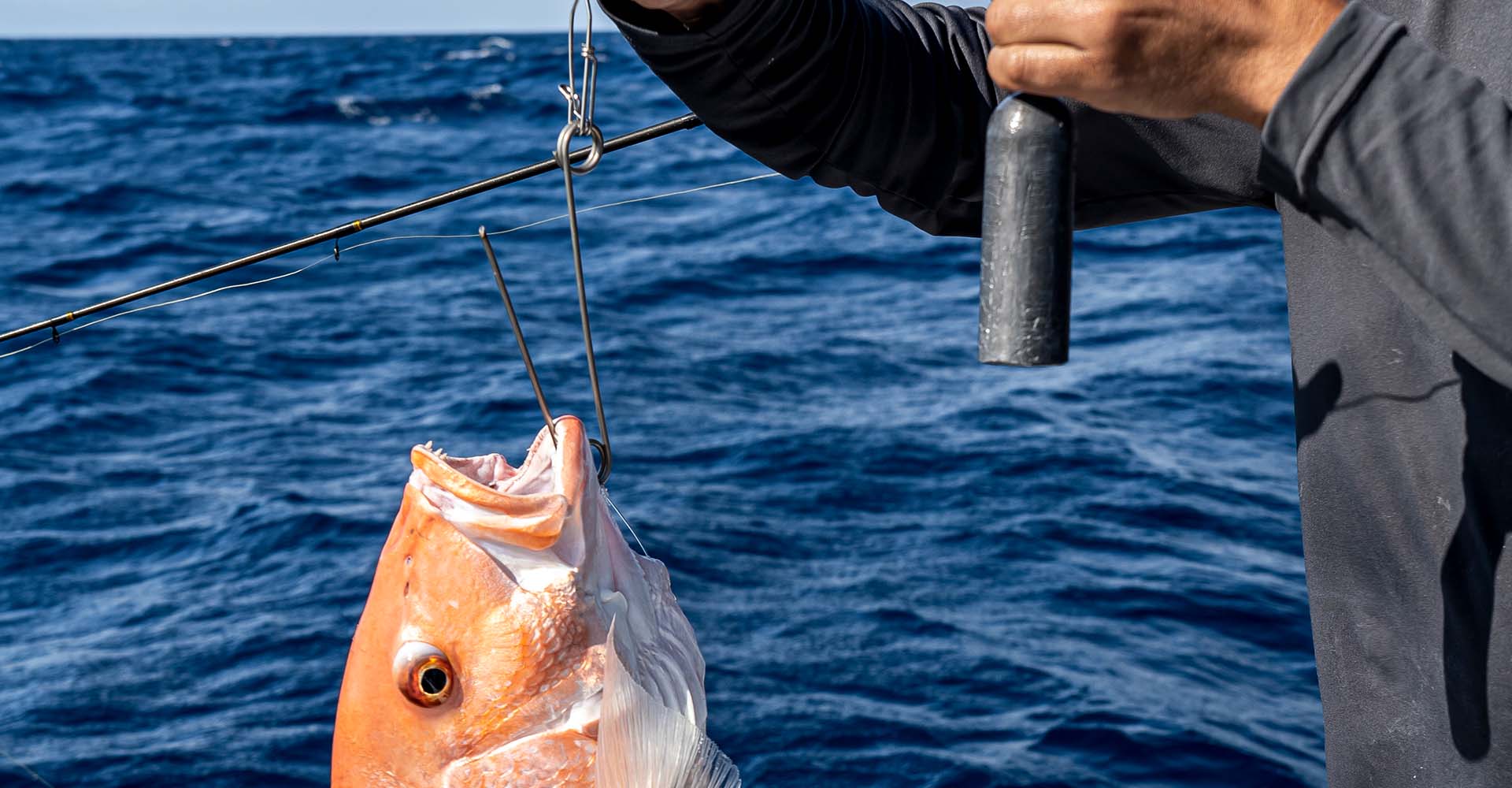 There are several different styles of inverted hooks that all work similarly. An inverted, barbless hook is inserted either where the original hook hole was from reeling the fish up, or you can gently pierce the soft tissue under the fish’s lower jaw. Once the fish is dropped to the desired depth, you simply reel up and the hook slides out of the fish’s mouth. 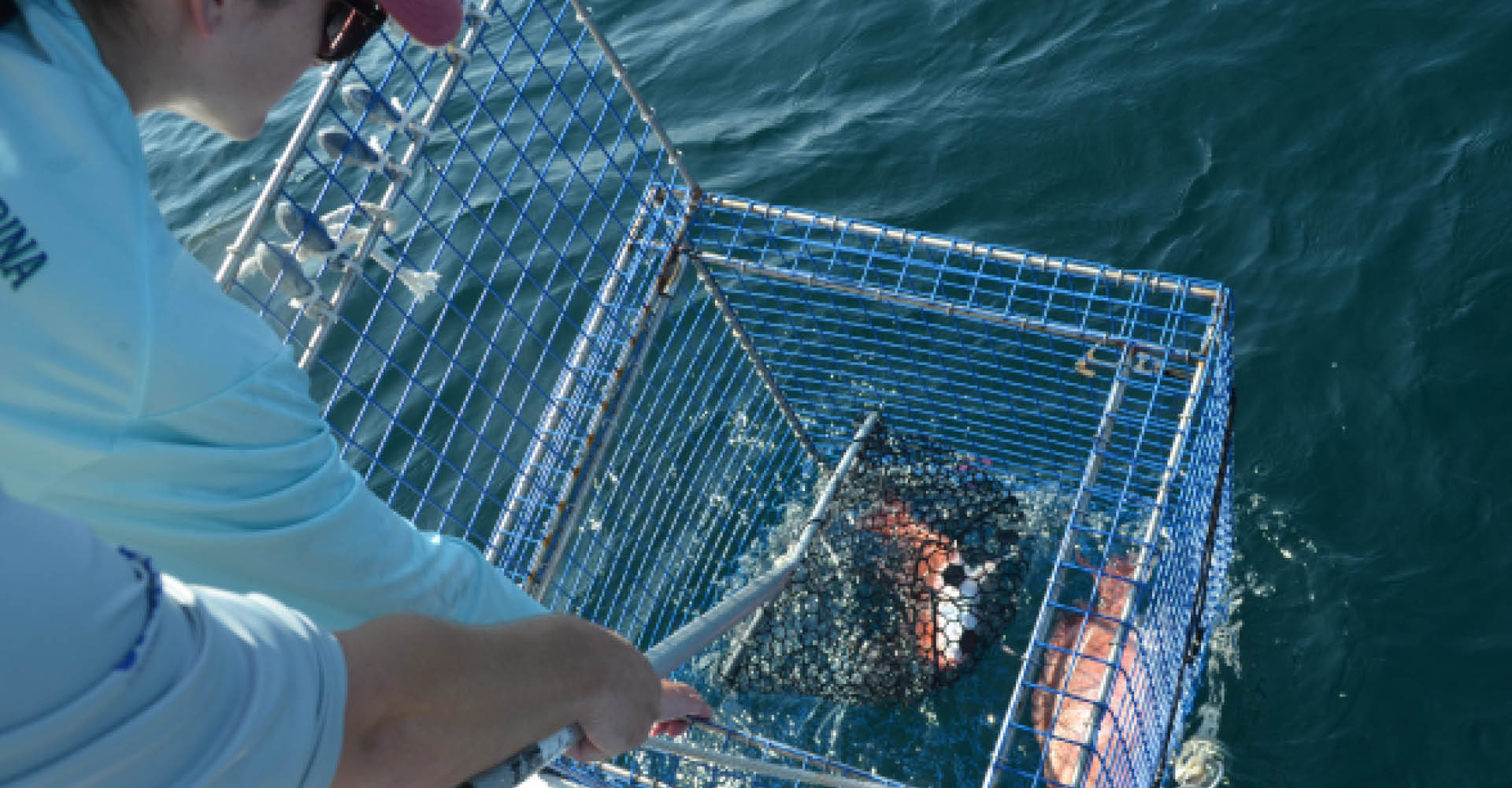 Fish elevators is a general term used to describe descending devices that are made using weighted crates, baskets or cages. These weighted devices are capable of releasing multiple fish at a time. Consider having a multi-functional device such as a weighted crate that can be used to store gear and also release fish. 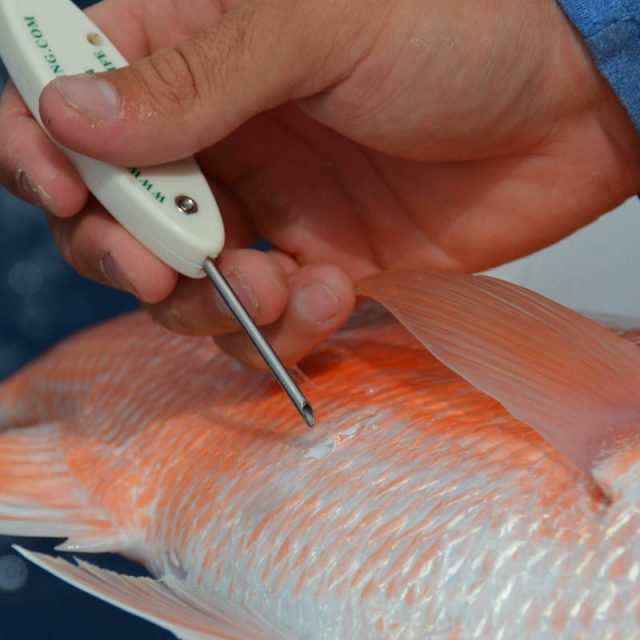 Although venting tools can effectively increase survival after release, they are more invasive than descending devices. Anglers must understand exactly where to pierce the abdomen so that no internal organs are further injured. Additionally, handling sharp needles or devices onboard a rocking boat can be dangerous to the angler.

A venting tool is a device capable of penetrating the abdomen of a fish in order to release the excess gases accumulated in body cavity when a fish is retrieved from depth. A venting tool must be a sharpened, hollow instrument, such as a hypodermic syringe with the plunger removed, or a 16–gauge needle fixed to a handle. A larger gauge needle is preferred in order to allow more air to escape rapidly. A device that is not hollow, such as a knife or ice pick, is not a venting tool and will cause additional damage.

How to vent a fish (courtesy of FWC):